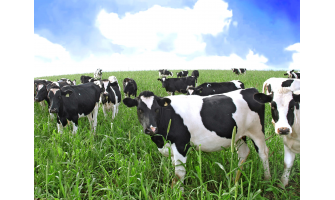 Colostrum is a dense fluid produced by mammals after giving birth. Essentially, this fluid is a precursor to breast milk that the mother produces in order to feed the child. The term Bovine Colostrum refers specifically to the colostrum produced by cows.

Colostrum contains many kinds of proteins, fats, minerals, and antibodies that are beneficial for the health of the newly born calf. This colostrum not only provides rich nutrition to calves but also protects them from many kinds of bacteria and viruses.

Bovine Colostrum is light yellow in color and has a taste and smell that strongly resembles buttermilk. Because of its numerous health benefits, Bovine Colostrum is sold not only as a dairy product but also in the form of health supplements in the market.

Scientists have known about the health benefits of colostrum for a very long time. This dense fluid is a rich source of essential nutrients that contribute to fast growth in mammal babies.

One benefit of this fantastic fluid that caught the attention of doctors was the abundance of antibodies present in the substance. These antibodies protect children from different kinds of infections and diseases.

Scientists have also proved that Bovine Colostrum can be beneficial for adults. In addition to being a rich source of essential nutrients, this fluid also boosts an adult’s immune system. Due to this property, scientists and pharmacists have included colostrum in many supplements on the market today.

Like other countries, Egypt has been at the forefront of this revolution. There are many companies in Cairo manufacturing health supplements containing Bovine Colostrum.

Initially, Bovine Colostrum was attractive to people because of the presence of high levels of antibodies in the substance. This dense fluid contains 100 times more antibodies than the amount in regular cow milk. Since the antibodies help to fight disease, they became a popular part of people’s diets.

As time passed by, many studies were on the benefits of Bovine Colostrum were conducted. With the results of these studies, it was clear that this fluid was full of vitamins, fats, carbohydrates, and many other essential micronutrients.

Here are some of the most important health benefits of Bovine Colostrum:

Bovine Colostrum is helpful in burning body fat at a brisk pace. Many athletes use it for this purpose to improve their athletic performance.

Bovine Colostrum contains many vitamins and minerals that are useful in increasing your stamina. This is why this substance is consumed by many athletes and weightlifters to improve their performance.

Scientists have found that antibodies and lactoferrin (a protein), both present in Bovine Colostrum, prevents the likelihood of diarrhea. Thus, regular intake of the substance can significantly decrease your chances of contracting infectious diarrhea.

Individuals who exercise regularly, such as athletes, are at risk of developing upper airway infections.  Luckily, research has shown that consuming Bovine Colostrum for 2-3 months can reduce any episodes or symptoms of such infections, thanks to the antibody IgA.

Bovine Colostrum is a rich source of different proteins that help in building lean muscles. Thus, if you’re headed to the gym to bulk up, consider adding this substance to your diet.

Regular consumption of health supplements containing Bovine Colostrum has been shown to fight signs of aging, such as wrinkles and loose skin.

Bovine Colostrum contains antibodies IgA and IgG that fight viruses and bacteria. The higher levels of IgA, along with the presence of the protein lactoferrin, also strengthen the immune system and enable your body to fight off infections.

Colitis is a condition where an individual’s rectum becomes inflamed. The bioactive components of Bovine Colostrum have been shown to bring relief from such inflammation.

Bovine Colostrum can be consumed orally or applied topically.  It’s easily available as an over the counter drug and also in the form of health supplements.

Some people consume Bovine Colostrum by drinking the fresh colostrum produced by cows. However, a vast majority of customers consume it in the form of health supplements made by pharmaceutical companies. Tayibba Farms provides Bovine Colostrum in a frozen form. This is incredibly healthy because bacterial growth stops when colostrum is frozen.

To consume frozen Bovine Colostrum, thaw it in the microwave and mix it in water! Experts recommend having one glass of Bovine Colostrum a day, ideally an hour after a meal.

Bovine Colostrum has many benefits for humans and is safe for us to consume as well!  The one thing you need to look out for is that you buy the substance from a reputable place.  A quick internet search will direct you towards reputable sellers, such as Tayibba Farms in Cairo, that sell organic Bovine Colostrum at reasonable prices. 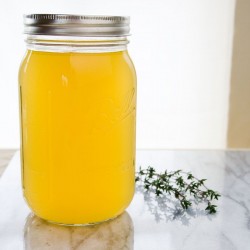 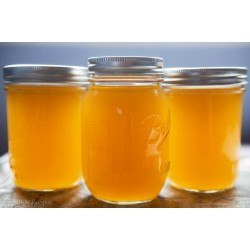 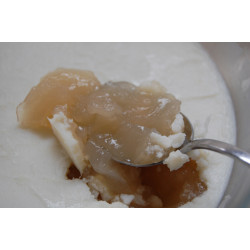